2019年11月16日雅思阅读机经预测
文章题目The importance of being playful
重复年份20150129 20140426 20130110
题材人文社科
题型段落信息配对 6+填空 3+人名观点配对 3
文章大意自由游戏。开篇讲 free play 的 general idea。然后讲了小孩 free play 的 好处，之后由相关的动物实验以及 4 个从动物实验中得出的理论和观点。
答案参考：
段落信息配对：
15. 实验 第四段
16. Free play 倒数第二段
17. Comparison 倒数第三段
18. 玩可以提高创造力 倒数第二段
19. 没有 adult 陪伴 最后一段
填空题：
第一个实验 rat 闻到 cat 的气味，减轻 anxiety
第三个实验 rat 推动 ball 得到 treat
人名观点配对题：
verbal skill
free play
isolated play
文章题目 Entrepreneur training
重复年份20150228 20130928
题材商业管理
题型选词填空 6+判断 4+选择 4
文章大意本文讲述了由香港举办的企业家培训课程。香港一个教育竞争培训计划，目 的是为了帮助在校学生学习经营企业经验
参考阅读：
Sibling Rivalry
Sibling rivalry is a type of competition or animosity among siblings, whether blood related or not. Siblings generally spend more time together during childhood than they do with parents. The sibling bond is often complicated and is influenced by factors such as parental treatment, birth order, personality, and people and experiences outside the family. According to child psychologist Sylvia Rimm, sibling rivalry is particularly intense when children are very close in age and of the same gender, or where one child is intellectually gifted. According to observational studies by Judy Dunn, children are sensitive from the age of one year to differences in parental treatment. From 18 months on siblings can understand family rules and know how to comfort and be kind to each other. By 3 years old, children have a sophisticated grasp of social rules, can evaluate themselves in relation to their siblings, and know how to adapt to circumstances within the family. Sibling rivalry often continues throughout childhood and can be very frustrating and stressful to parents. Adolescents fight for the same reasons younger children fight, but they are better equipped physically and intellectually to hurt and be hurt by each other. Physical and emotional changes cause pressures in the teenage years, as do changing relationships with parents and friends. Fighting with siblings as a way to get parental attention may increase in adolescence. One study found that the age group 10 to 15 reported the highest level of competition between siblings.
Sibling rivalry can continue into adulthood and sibling relationships can change dramatically over the years. Events such as a parent’s illness may bring siblings closer together, whereas marriage may drive them apart, particularly if the in-law relationship is strained. Approximately one-third of adults describe their relationship with siblings as rivalrous or distant. However, rivalry often lessens over time. At least 80 percent of siblings over age 60 enjoy close ties.
文章题目SSDP Project
重复年份20150430 20140405
题材环保
题型填空+判断+选择
文章大意Shuit 公司在地中海的 Stavos 岛提炼淡水。讲了之前这个岛的淡水提供方 法。该公司决定利用地热，一开始反对，后来克服苦难消除不利影响，项目 很成功。
参考阅读：
Desalination is a process that extracts minerals from saline water. More generally, desalination refers to the removal of salts and minerals from a target substance, as in soil desalination, which is an issue for agriculture. Saltwater is desalinated to produce water suitable for human consumption or irrigation. One by-product of desalination is salt. Desalination is used on many seagoing ships and submarines. Most of the modern interest in desalination is focused on cost-effective provision of fresh water for human use. Along with recycled wastewater, it is one of the few rainfall-independent water sources.
Due to its energy consumption, desalinating sea water is generally more costly than fresh water from rivers or groundwater, water recycling and water conservation. However, these alternatives are not always available and depletion of reserves is a critical problem worldwide. Currently, approximately 1% of the world's population is dependent on desalinated water to meet daily needs, but the UN expects that 14% of the world's population will encounter water scarcity by 2025. Desalination is particularly relevant in dry countries such as Australia, which traditionally have relied on collecting rainfall behind dams for water.
According to the International Desalination Association, in June 2015, 18,426 desalination plants operated worldwide, producing 86.8 million cubic meters per day, providing water for 300 million people. This number increased from 78.4 million cubic meters in 2013 a 10.71% increase in 2 years. The single largest desalination project is Ras Al-Khair in Saudi Arabia, which produced 1,025,000 cubic meters per day in 2014, although this plant is expected to be surpassed by a plant in California. Kuwait produces a higher proportion of its water than any other country, totaling 100% of its water use.
11月16日雅思全科完整版机经预测领取方式见文末 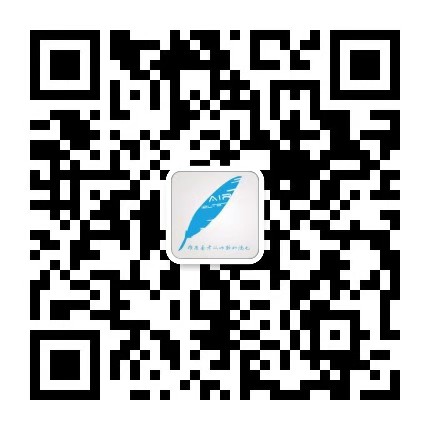